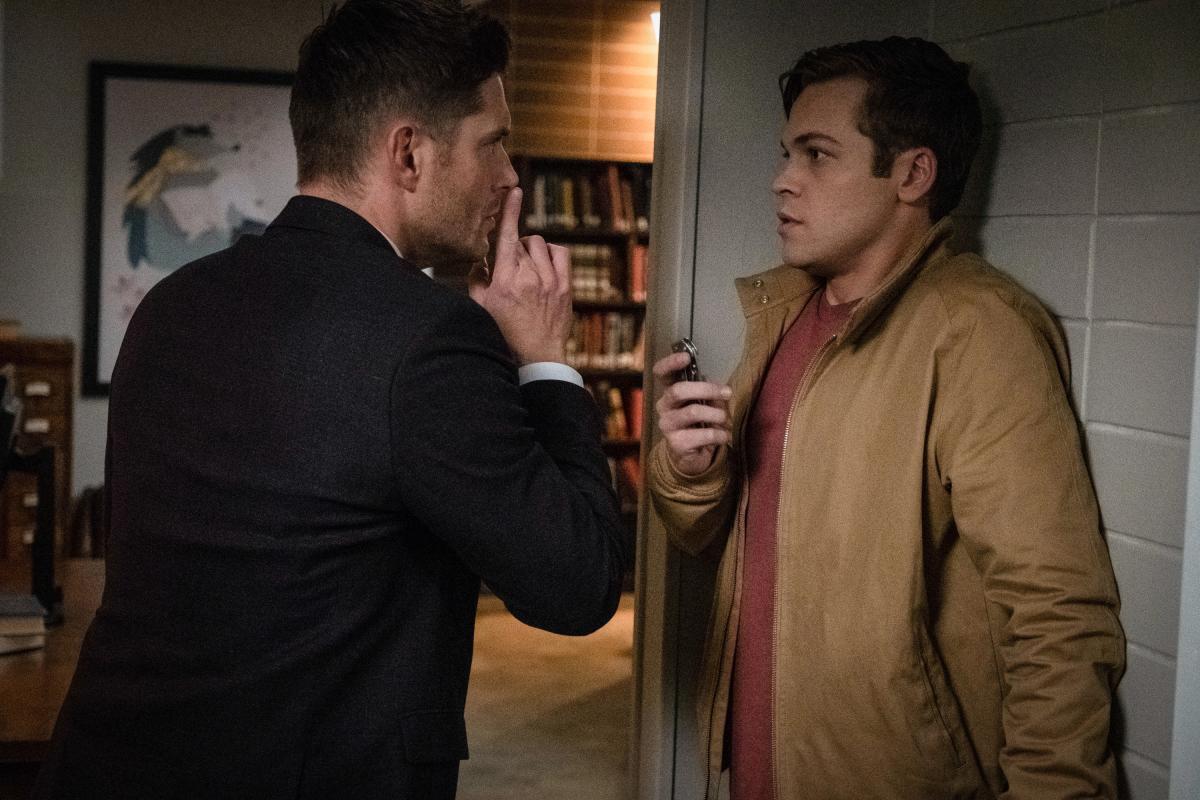 DEAN: So he just left you here, Huh?

JACK: Yep, Sam wanted someone around when you came back. He's worried about you.

JACK: Dean, what happened with Michael, no one blames you.

DEAN: Still with that cough, huh?

JACK: Maybe I'm allergic to sitting around doing nothing.

DEAN: Alright, What do you want to do?

JACK: Hunt. Sam says I can't go alone but Cas and I, we've been working cases.

DEAN: And he said you've been doing good on those. No offense, but Cas is an insurance policy on those hunts. Sam's just trying to keep you safe, kay? He's a smart guy.

DEAN: OK, you know what? You did good work. Okay? I'll go check it out.

JACK: No. we're supposed to have a partner for all hunts now, right? We can be hunting buddies.

JACK: Dean, I need to do something. You don't understand. I could have killed Michael. Here, when I was strong enough, I could have. But there was so much going on and then everything else happened because I was distracted and stupid and

DEAN: Hey! You didn't do anything wrong.

JACK: And neither did you!! But that doesn't make it any easier does it? So I can't just sit here in the bunker thinking about it all day. What I could have done differently, how I can't do anything about it now. But I can do this. I can hunt. Give me a chance.

DEAN: Well congrats, Mighty Mouse, I think you found us a case.

DEAN: Eat up. Pie is important.

JACK:  Okay, can I ask you about what Wanda said about courting? I mean I've seen romantic movies but I've never experienced it unless what you said about Rowena and Gabriel counts.

DEAN: No, definitely doesn't count. Okay, look I promise when we get back home I'll give you the talk. Okay?

DEAN: MMhmm, right now we what we gotta find is Harper Sayles. I mean, that's just too much bad luck for one person.

DEAN: Well, that's what we're going to find out.

DEAN: You ever read a romance novel? 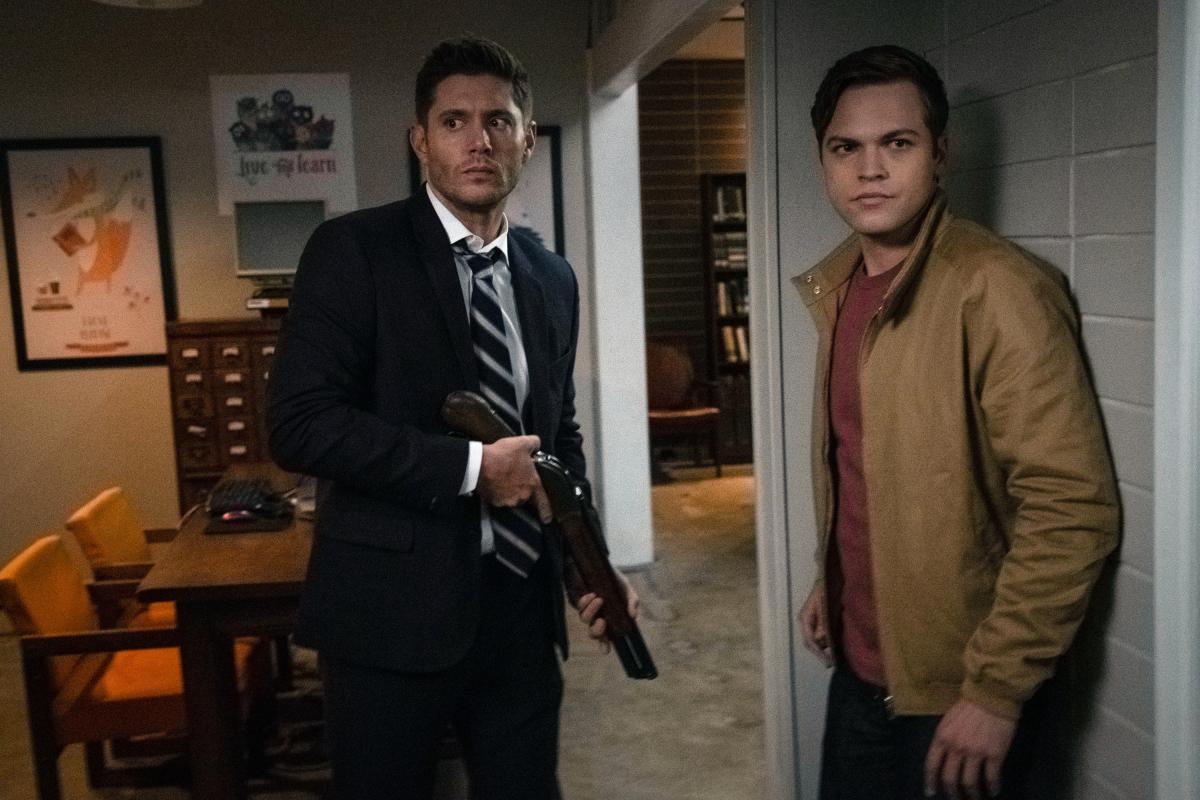 JACK: Me too. I've had some not so great stuff happen in my past. Trying to be positive, it can be hard.

JACK: Dean, I'm at Harper's place. The silver and the holy water didn't do anything so she's not a demon. Where are you? Because Harper is not a monster and I'm 99% sure she is in love with me.

DEAN: That's not how it works, Kid.

JACK: Okay but she was looking at me with these googly eyes and then she asked me..

DEAN: Look, I promise you, Harper Sayles is not in love with you. Would you calm down?

JACK:  Okay, but if she is, I need to know everything about sex. Go..

DEAN: Jack, listen to me, the guy that she works with is dead and I mean, fresh dead. Something bit out his throat. So we have bigger things to worry about right now. 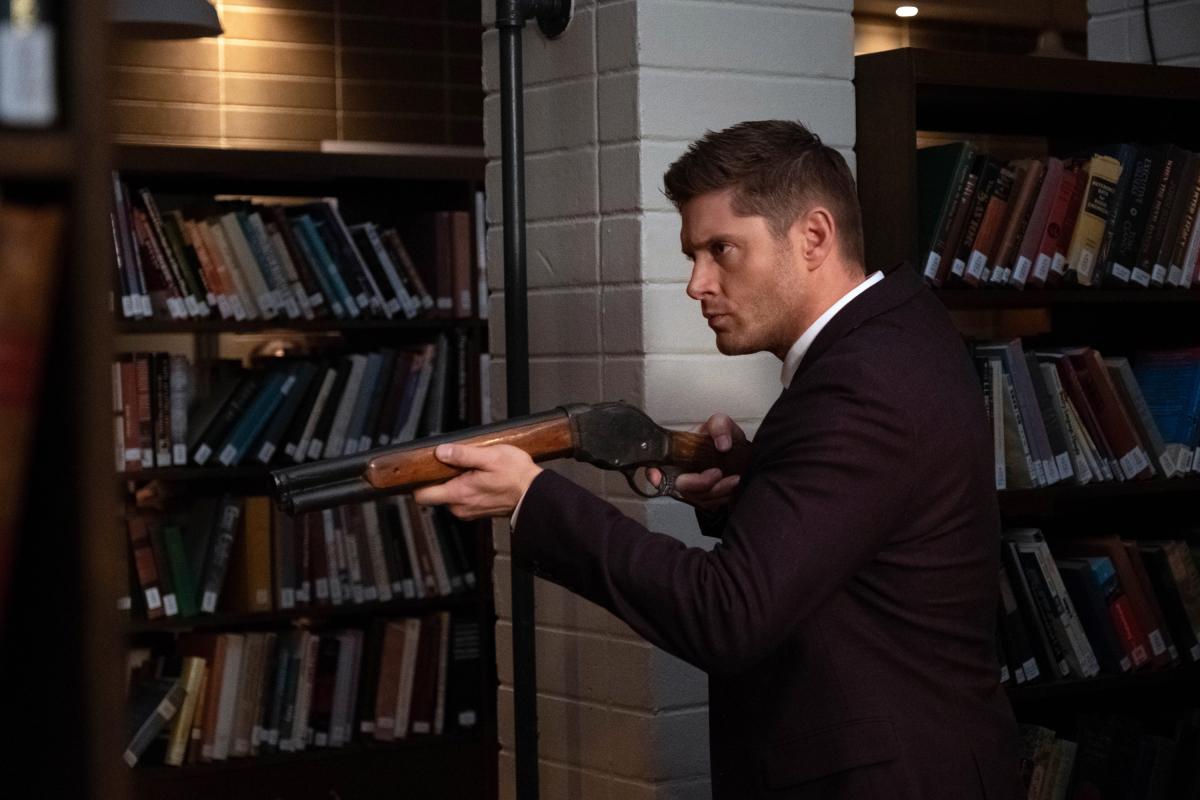 DEAN: Eh, Actually love can get crazier than that. And it might get crazier with Harper still out there. But, uh, you did good, kid.

JACK: I was right and you should be letting me go out on hunts.

DEAN: okay, alright. It's not about being right. Kay? You're gonna make mistakes, hell, I make them all the time. But it's how you handle yourself once you've made those mistakes and you've learned from them.

JACK: and, how to not beat yourself up over them.

DEAN: You know Jack, you're pretty smart sometimes. I'll tell you what...when Sam gets back I'll talk to him about getting you out on more hunts.

Dean: I shouldn't have done it. I shouldn't have taken him out.
Sam: It was what he wanted. I mean, we knew he was gonna get worse, regardless.
Dean: Yeah, but it was too risky.
Sam: Yeah, but, Dean, life, all of it, is a risk. Jack knew that.
Castiel: And you made him happy.
Dean: Mm.
Castiel: You did more for him than any of us.