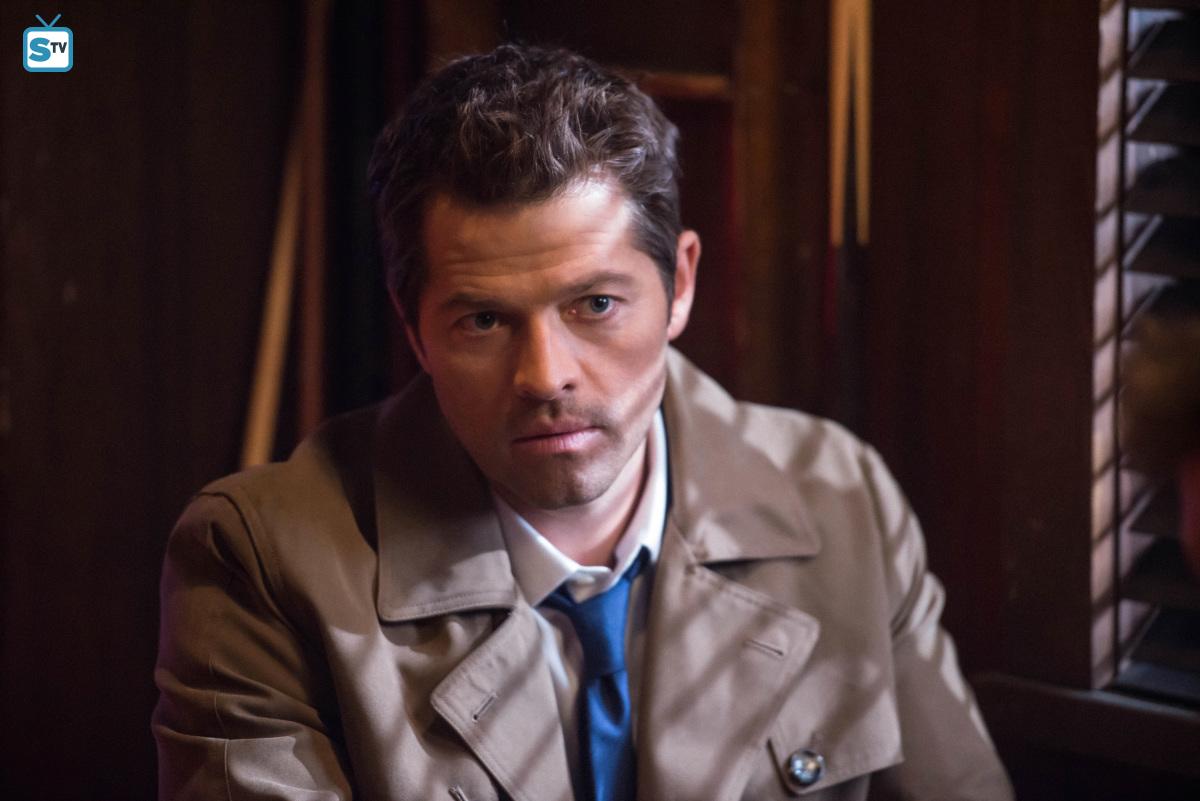 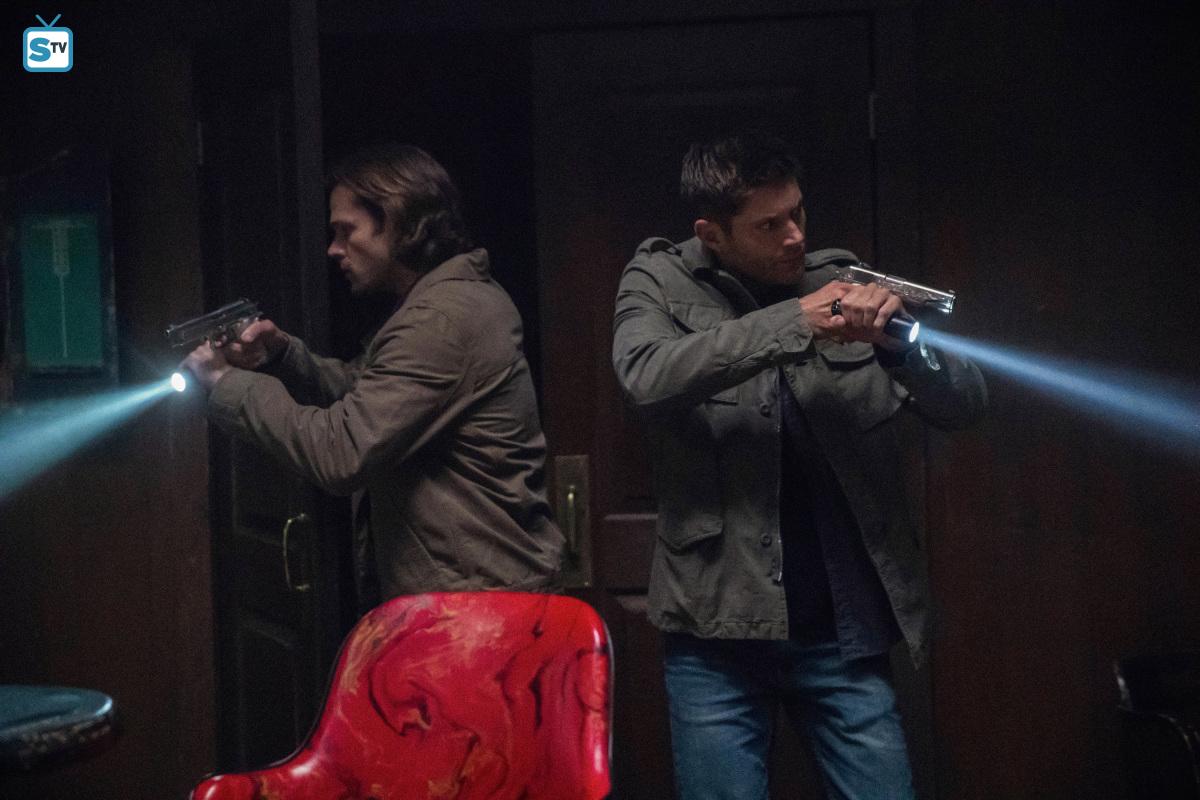 CASTIEL: What are you doing back in this world?

LUCIFER: What are you doing alive?

LUCIFER: Yeah, I'm clearly not myself. But, oh, cowboy, I'm not that weak. And you and I need to talk.

CASTIEL: I have no interest in talking to you. And if this is about your son–

LUCIFER: Okay, I get it, I get it. Custody of my son is a non-starter. But if you can please just shelve the eternal enemies thing for a second, we have a situation. And by “we,” I mean everything alive. We're sorta... all gonna die. 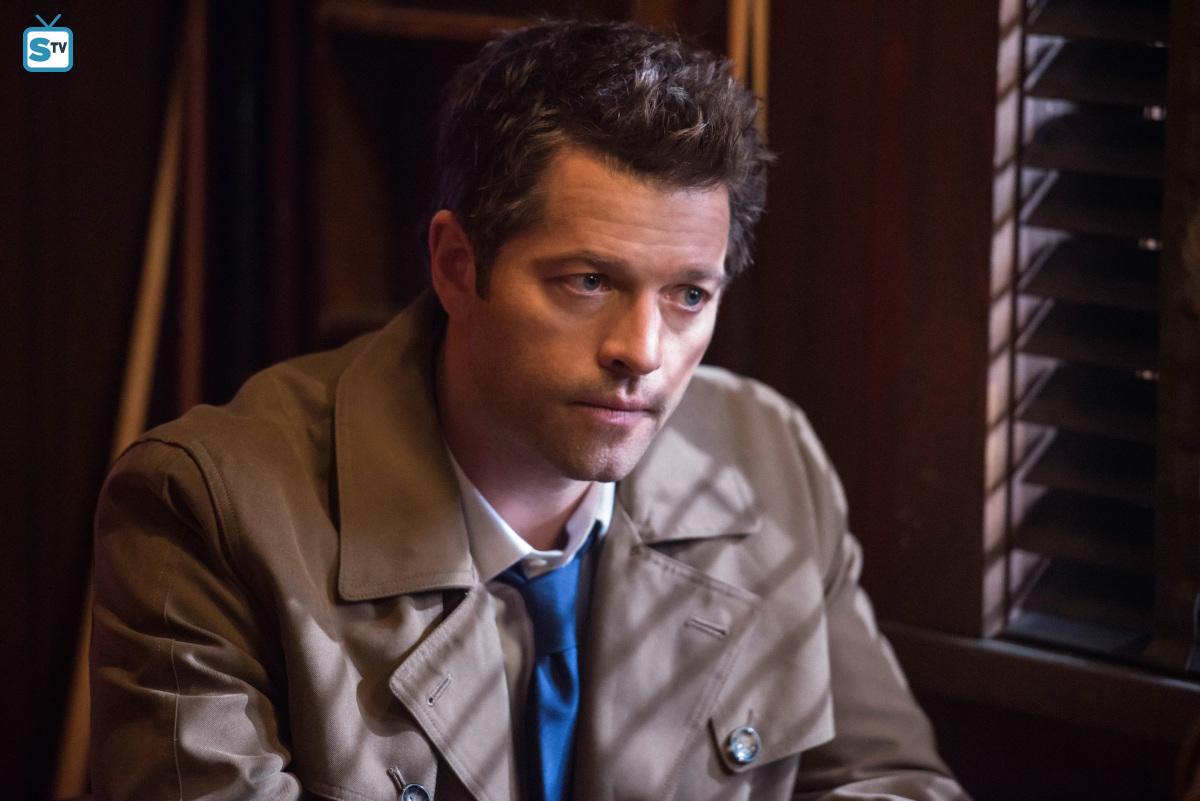 LUCIFER: Everything I am telling you is true. You were there, man. You saw what that place was like. The Michael I just described to you is responsible for that. What? What? What? What? Will you– will you do me a favor and stop looking at the door every five seconds like you wanna get outta here?

CASTIEL: You'll forgive me if I'm a little on edge. The last time we were together, you killed me.

LUCIFER: Well, last time we were together, you stabbed me.

LUCIFER: You wanna dwell on the past? I don't. I'm not myself anyway. What am I gonna do? Okay? Look, it's time to save the world. Be the heroic Castiel instead of the butt of Heaven's joke.

CASTIEL: I am not the b–

CASTIEL: Okay. How do I save the world?

LUCIFER: We. We, save the world.

LUCIFER: Yeah, yeah. Look, you protected my son. He trusts you. If you can convince him to be on our team, I think the combined power of the three of us can drive Michael back. I'm telling you, this guy is not the same Michael that we knew. He's much more powerful.

CASTIEL: Okay, if this Michael come–

LUCIFER: Not if. When. When. The guy's on a mission.

CASTIEL: Well, you would seem to be the weak link on this team.

LUCIFER: Okay, that hurt. That... was unnecessary. I'm gonna let it go. Yes, my grace is a little bit depleted, but give me time, man. Work this out with me.

CASTIEL: Hypothetically, um, let's say you're lying, and I help you find your son, and then you kill me again.

LUCIFER: Cut me a little bit of slack. Please? That unhinged thing and that meth head Kevin Tran are about to bust through that door. God isn't here! It's just us. We're all we got, in case you hadn't noticed.

CASTIEL: Well, I-I-I have to talk to Sam and Dean.

LUCIFER: Why, why, why, why, why, with all their second guessing and their whining? This is an emergency, Castiel, and all they're gonna wanna do is– is put me back in the Cage.

CASTIEL: That's all I want.

LUCIFER: But right now, you need me, I need you, and we both need my son. Look, not changing the subject, but we'll get back to it. I just wanna ask you, how did you hide him so well? I mean, I tried to get a bead

on him, and no bueno.

CASTIEL: Thankfully, no. No, he seems to favor the mother.

LUCIFER: All right, that's nothing that we can't fix. But seriously, I mean, why can't I... you know, detect a presence?

LUCIFER: He is okay, though, right?

LUCIFER: Well, you don't sound sure. Is he– is he nearby?

LUCIFER: Oh, my Dad. You have no idea where he is. 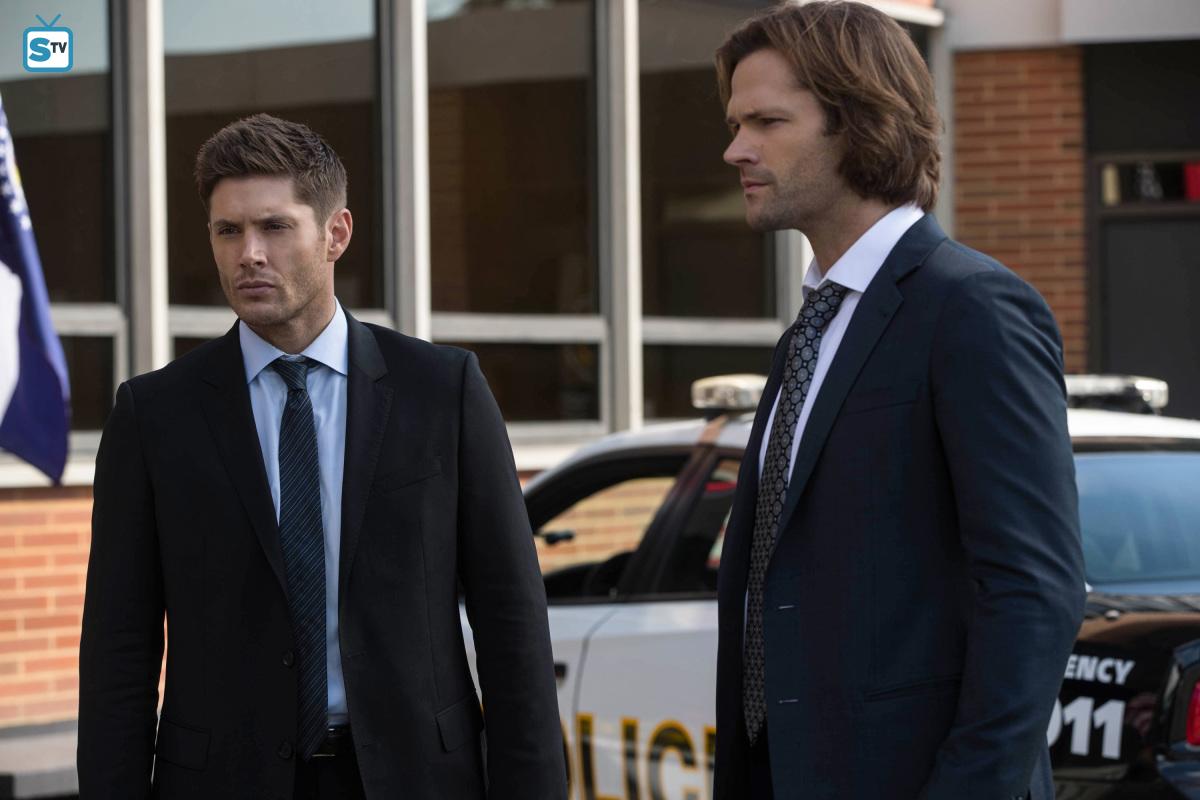 DEAN: You know, I gotta hand it to you. That paper trail you cooked up, pretty impressive. But my gut told me it was baloney. Looks like my gut was right. See, I've been in it with you, Arthur. I've seen your moves. We've gone toe-to-toe. And I saw that look in your eye when you asked about our mom. So why don't you cut the crap?

KETCH: Actually, everything I told you is true. Well, except for the, uh, twin brother thing. I am separated from the British Men of Letters, lying low because they will kill me for desertion. I make a rather good living as a sort of soldier of fortune, deep underground, for a certain sort of clientele who appreciate my skill set. And I do use the name “Alexander”.

SAM: How is it you're still alive?

KETCH: I believe you're familiar with the witch Rowena MacLeod?

KETCH: She was captured by the British Men of Letters some years back. I discovered she'd sewn a powerful charm into her body that could bring her back should she be killed. I struck a deal wherein she did the same for me in return for allowing her to escape.

SAM: So after we dumped your body, you–

KETCH: Good as new. Only problem is, one the device is used, it needs to be recharged.

DEAN: Which is why you're hunting for Rowena. Well, sorry. Lucifer burned her up. She's dead.

KETCH: Did it ever occur to you, Dean, that I might actually be one of the good guys?

DEAN: No. Not even once.

KETCH: You and I were soldiers in opposing armies who were at war.

DEAN: Well, the thing about war is, one side wins.

KETCH: I suppose you're right.