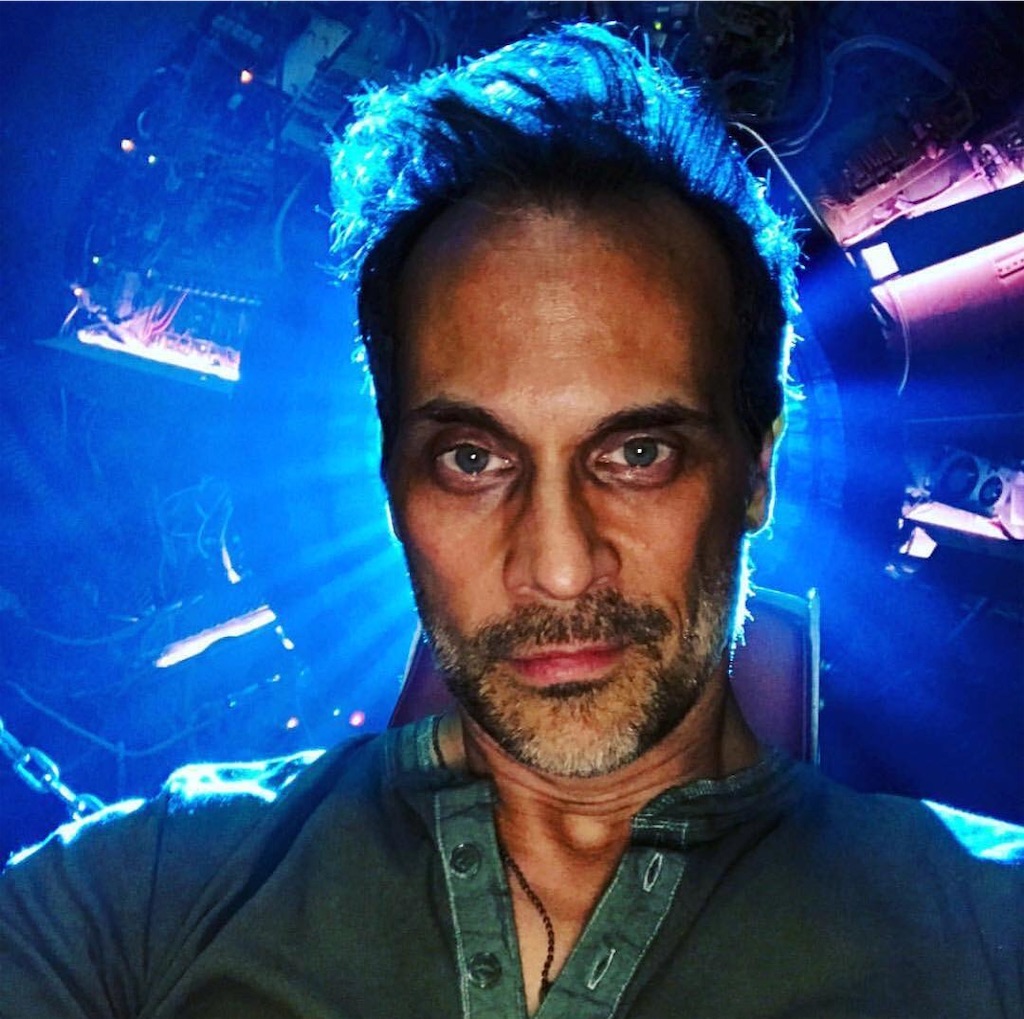 Cole: What is she... what are you doing?

Cassie: We use the newspaper trick again. If I sense anything's up, I'll send you a message. You come and get me. Deal?

Ramse: Nice to see you two getting back on the same page.

Cole: I can feel your breath on my neck.

Deacon: Four of my guys, who are stronger, faster, and smarter than you, they got grabbed and you got away?

Deacon: You made a deal.

Deacon: To save your own skin? Sure you would. What did you promise him? Supplies? This place? Me? Is he still looking for me?

Clem: The Foreman's only after us because of you. You don't like the heat...

Ramse: Hey! What was that?

Deacon: That is how we deal with traitors in the West VII. You've been gone awhile. Guess you forgot.

Ramse: Yeah, with all this responsibility, and you're still a homicidal asshole.

Deacon: Do you want to read me my rights, officer? Yeah, I didn't think so. Cassie: Executing one of your men in cold blood? Bet he's not happy I saved your life. Deacon: Are you sad about Clem? Because let me tell you, like most of my guys, Clem was a very bad man. And he put this facility at risk. And killing him was the only way? Someone has to make the hard choices around here.

Deacon: Where are you going?

Cassie: 2016 to find Jennifer Goines. The young one.

Deacon: Didn't you try to kill her?

Deacon: You all keep going on and on about how dangerous it would be for these Primary whackos to fall into the wrong hands. Maybe the smart move would be to gather whatever information you need and take them off the board.

Cole: Yeah, that would be your solution, wouldn't it, Teddy boy?

Deacon: Watch your back.

Deacon: Glad to see Cassie's cleaning up your mess.

Cole: My mess? How's that now?

Deacon: W-weren't you supposed to save the world? Bang-up job. Love the red skies. Cole: My job would be a hell of a lot easier if you hadn't walked the Messengers in through the front door. And for a guy who's always going on about traitors...

Deacon: Said the man whose best friend is a mass murderer. I got better shit to do. Cole: Yeah, try not to shoot anyone in the face on the way out.

Don: The occupant is upstairs in the sitting area. Cassie: Hello, Jennifer. No. Sorry, Cole couldn't make it. I need to know about the Primaries you see.

Jennifer: No, I'm good now. I'm fully medicated, gluten-free. You are not gonna screw that up for me.

Jennifer: Turns out my condition can be managed when my doctor isn't being paid by my father to keep me locked up in an institution. No more voices, no more visions. Cassie: So you don't see the Primaries anymore?

Cassie: You know, you are a pain in the ass in every time period.

Jennifer: Why do you care about the Primaries?

Cassie: Because the Army of 12 Monkeys is killing them. They're creating paradoxes, trying to destroy time. They killed one in 1944 named Tommy. He knew your name. I'm betting you know his. Cole: Look, is this really what you want. People getting executed in the hallways? Jones: Mr. Cole. Very little in my life consists of what I want. Mr. Deacon is an arrangement of necessity. The longer the mission takes, the more vulnerable this facility becomes the dying world outside.

Cole: Deacon being here makes the facility more vulnerable. From the inside and out. You think the Foreman's the only guy looking for him? He's dangerous. He's a savage. Jones: So were you when you first arrived here.

Cole: But never proud of it.

Jones: I'm not going to debate this any longer. Time and space is tearing itself apart. That needs to be our focus. For now, you will just have to figure out how to work with Mr. Deacon. Ramse: She's going to let it go, isn't she? That's bullshit. You hear me? Bullshit! I tried giving Deacon a second chance. He ain't gonna change, brother. Clem was an idiot, but he wasn't wrong.

Cole: Deacon's got a lot of enemies, doesn't he?

Ramse: Yeah. The Foreman. We don't need him or his marauders anywhere near this place.

Cole: It's bad enough the West VII are here.

Ramse: Listen to me, brother. I know you want everything to be "Kumbaya." There is no "Kumbaya" as long as Deacon's still here. And you know that.

Jennifer: Guess you can't trust anyone.

Cassie: Did you know they were watching you?

Cassie: You were my source in 2044. You sent me here. Said you could tell me everything about the other Primaries. You conveniently left out the part about your BFF pulling a gun on us.

Jennifer: Maybe every version of me thinks you're kind of a bitch. Cassie: If the meds are preventing you from seeing Primaries, taking you off of them might bring back the visions.

Jennifer:You know that's not how it works, right? Hallucinations don't come with an on-off switch. Are you sure you're a real doctor?

Cassie: You're right. We need a trigger. Jennifer: You have no idea how exhausting it is being crazy.

Cassie: Maybe that crazy can help save the world. Wow.

Jennifer: There's some manipulation for you.

Cassie: Look, I used to think that the plague was the worst thing that could ever happen. But this destruction of time... it's the end of everything.

Jennifer: Green to red. Wah-waah.  Rehashing my deepest darkest secrets will help save the collapse of time and space? Why not? Sounds like fun.

Jennifer: The Goines family summer home is a long drive. We need snacks.

Jennifer: It's me. I'm the monster. She tried to drown me, but the tub overflowed. Then the maid came, called 911. Daddy spent a lot of money to make that one go away. Then he sent her away. Then eventually, it was time for me to go away. 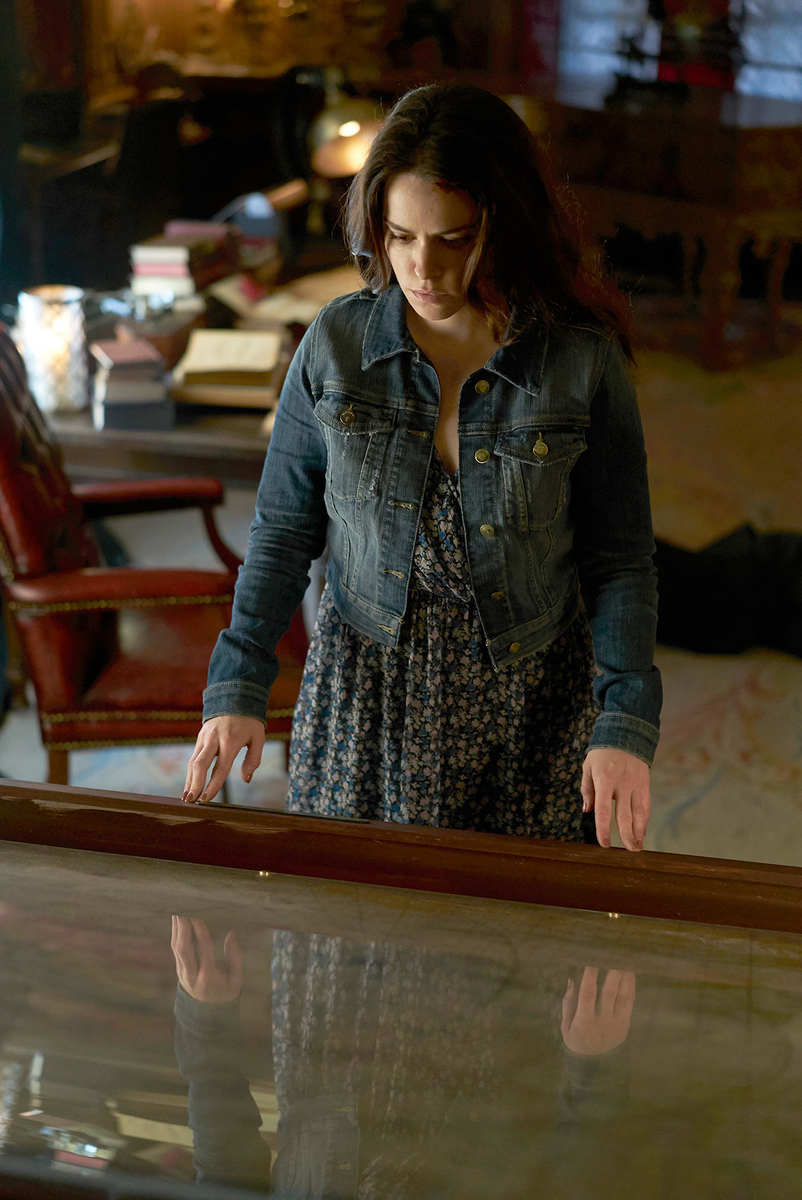 Jennifer: Was your mama nice?

Cassie: She was. She died when I was ten.

Jennifer: Was it sudden?

Jennifer: I never got to say good-bye either.

Cassie: Maybe that was for the best.

Jennifer: No. No, I don't blame her. She thought I was gonna destroy the world. She was almost right.

Cassie: But you didn't, Jennifer. She was wrong, and so was I.

Jennifer: I think I can help you now.

Cole: Adler tracked another anomaly. The factory north of here. Got to go see how far it's traveling.

Deacon: Such distrust. Has it come to that?

Ramse: You really think we'd go out there alone... with you?

Deacon: You're gonna need a vehicle, right? Guess who makes that happen around here? You drive.

Cole: So, the Foreman. What'd you do to get on his shit list?

Ramse: Sneakin' Deacon. Hard to believe it could be your fault. You're such a stand-up guy.

Deacon: You know I could kill all day, every day, for the rest of my life, and I'd still wouldn't touch your body count.

Ramse: Wasn't murder. History as it was.

Deacon: True, you'd have to step up to be a murder. No, you just whisper it in the ear of the trigger man. You are Lady Macbeth at best.

Ramse: I never pegged you as a reader.

Deacon: Books didn't die in the apocalypse, boys. Which reminds me...

Cole: Jesus, will you shut up? I swear I'd drive us into an anomaly right now if I could get away from the sound of your voice.

Deacon: You know, I was pissed when you left the West VII. I could've respected it if you'd at least tried to slit my throat on the way out. But no, you slunk away in the middle of the night with your tail tucked between your legs... for him.

Cole: It's called loyalty. Wouldn't expect you to understand the concept.

Deacon: Well, that died along with the seven billion. How are you supposed to save the future if you can't survive it?

Ramse: That's what you're trying to do, buddy? Trying to save the future?

Deacon: Peace, love, happiness. Maybe a world that's not a total piece of shit. Sounds pretty good to me.

Deacon: Oh, wow. That is good. You set me up. Respect.

Cole: We had Whitley find one of his guys. Offered you up in a trade.

Deacon: Honestly, boys... it's what I would've done. It's good to know that you have finally learned what I've been so desperately trying to teach you.

Cole: It's not like we were ever gonna work things over with a drink. Jennifer: You tried to make my friend crazy.

Jennifer: No more tea, no more water, no more baths.

Olivia: I care a great deal about you Jennifer. You're like a daughter to me. I thought that's what you wanted. To be a daughter again.

Jennifer: You know what the one difference between you and my mother is?

Jennifer: I get to say good-bye to you. I hate you.

Deacon: The Foreman will no longer be a problem. Now, the thing about him is he saw himself... as a hunter. He would collect these off of the guys that he killed. Trophies. This one belonged to my brother. Now, my guys, uh... they don't know what you tried to do, do they? I... I won't tell if you won't. Respect. That's a good look for you. Hey, uh... next time you go to the past, why don't you bring back some whiskey? We can finally have that drink.

Cole: Got your message.

Cole: Whiskey sour. You remembered. From 1944. So, how'd things go between you and Jennifer? The old version of her hasn't blinked out, so I'm assuming you didn't kill her.

Cassie: We're good. She and I... I think that's why she wanted it to be me. Her messed up way of making friends.

Cassie: We ran into some trouble. The tall man who killed your father is alive. But there is some good news. We know one of the Messengers' targets. A Primary named Kyle Slade. He's here in New York in 1975.

Cole: Let's go back to 2044 and find this guy. Stop another paradox.

Cassie: I'm gonna stay. Jennifer got hurt during our escape. It's just a concussion, but I think I should keep an eye on her. She's upstairs recuperating.

Cole: Okay. Excuse me? I'll take the bottle. Long story. I'll tell you when you get back. Thanks. See you.

Cassie: Cole. Be careful with this one. From what Jennifer said, this Primary is not like her or Tommy. He's dangerous.

Love Is All Around