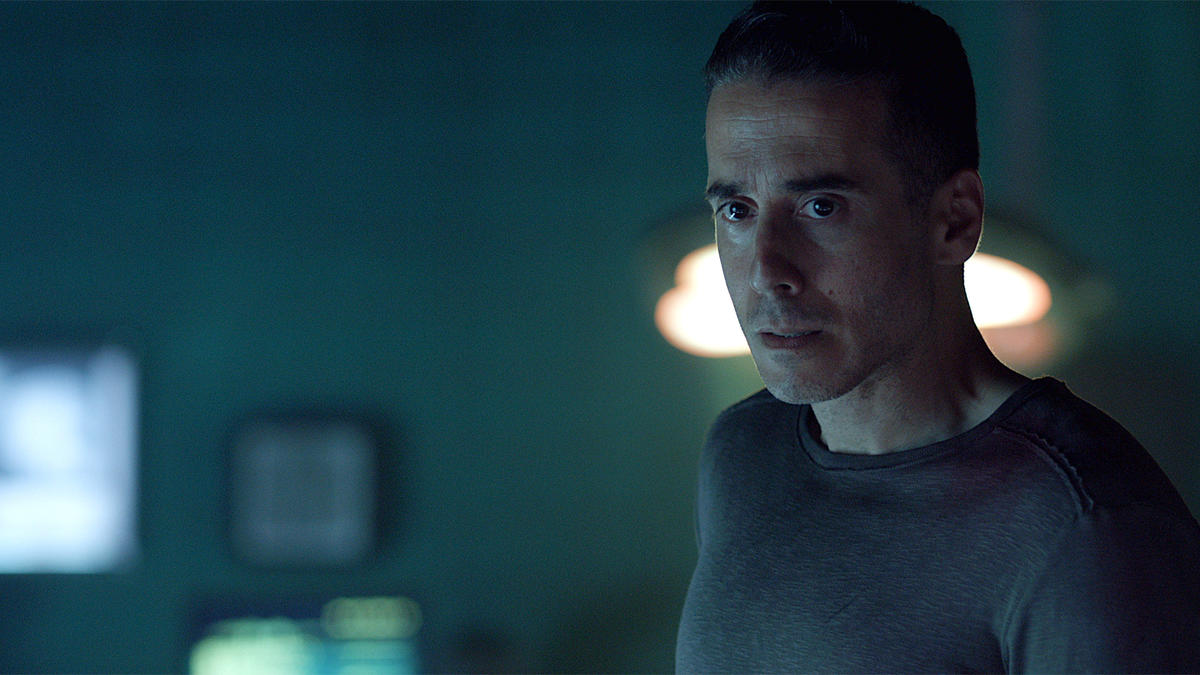 Ramse: Yeah, I did. How long's it gonna be before he tries to execute me again?

Jones: Mr.Ramse, we need your help.

Ramse: Well, why didn't you say so? What do you need me to do? You need me to beg for mercy while you break my fingers?

Jones: That's not what

Ramse: How about electrocution? You could tie a wire around my one nut!

Jones: Mr.Cole is in jeopardy, and so is Dr.Railly.

Ramse: What are you talking about? What did you do now?

Jones: They're both stuck in the past. Their tethers are broken, and we have no way of bringing them back. We need you to go back to 1944, find them, and bring them home safely.

Ramse: You trust me now?

Jones: I trust your relationship with Mr.Cole enough to know that you will help him.

And you are the only traveler we have now. It will be dangerous. This is a much different time, and we're all at war. I know the 12 Monkeys are there as well and no doubt have something to do with the massive temporal disturbance. Paradox. See, I can send you back before that event. Mr.Ramse, you can find them, you can save their lives, and you can bring them back home. And when you do

Ramse: When I do?

Jones: I will guarantee your freedom. You'll be free to walk out of here with your son.

Ramse: So, let me get this straight, you want me to place a classified ad in the paper?

Jones: Do it every day, and we'll find it. Assuming, of course, that some aspect of causality still works.

Ramse: That's gonna help you snatch us back home, right?

Jones: It is a theory at the moment, but it's a good theory.

Ramse: Still not convincing. You're afraid about what I saw out there. What tore that guy apart. You have any answers as to why that's happening? All right. I can only fix one of your mistakes at a time. Let's get on with it. 1944, here I come.

Jones: The target is the Mission Cross Mental Asylum. We'll put you as close as we can to the 600 block of Oak Ridge Terrace, Jersey City. That's where we lost the tether. It's up to you, Mr.Ramse. 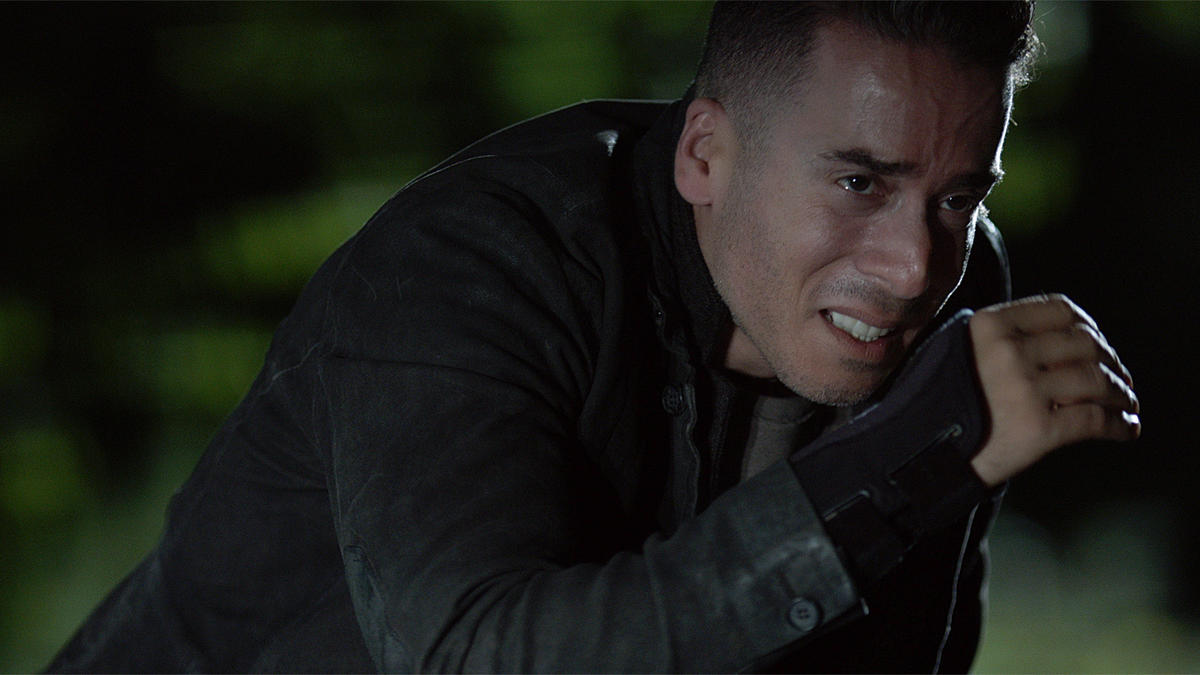 a nurse: Ramse, you're one lucky man. Not many people get hit by a car and live to tell the tale. You have osteoporosis in your arm, which is kind of strange for someone so young. And you heal fast. Like, unusually fast.

Jones: I'm not sure why I'm here other than the fact that Mr.Cole

Jones: Mr.Cole believes that you are special somehow, connected to time. And, well, these days I'm not. 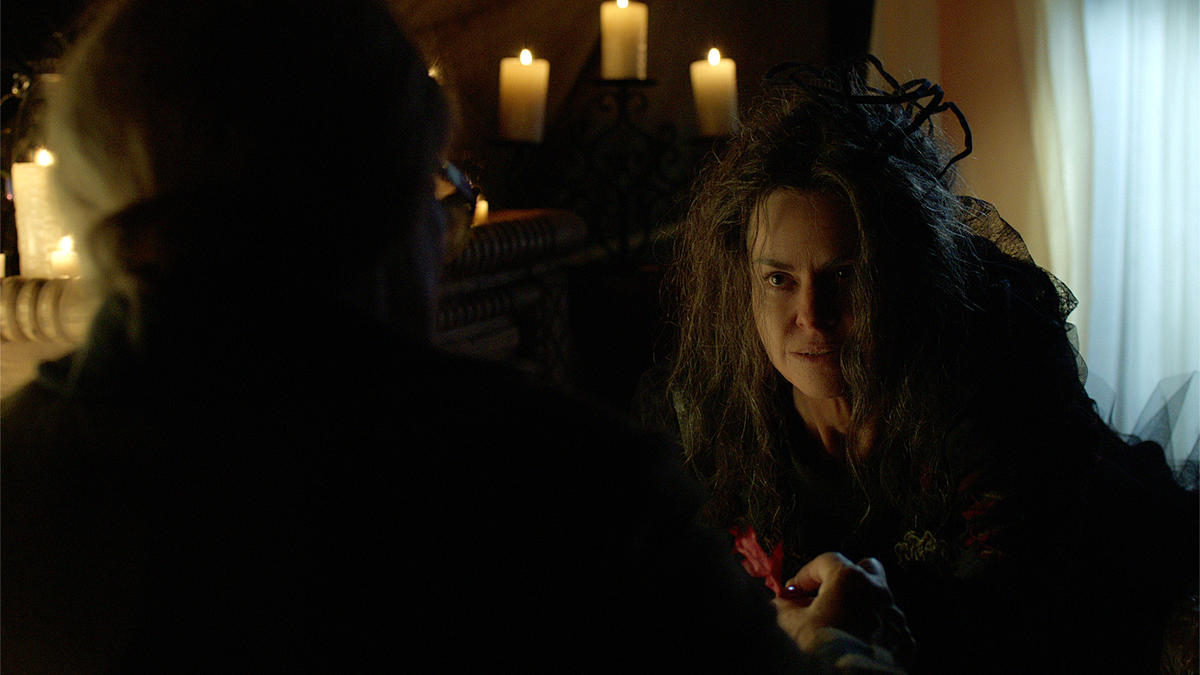 Mantis: The Traveler. You shouldn't be here. Your cycle is complete.

Ramse: You know, the cycle's changed. Right? I'm looking for James Cole. Where is he? Hmm? You know, things haven't gone according to plan.

Mantis: The plan does not alter.

Ramse: When you left the facility in 2043, we had some problems. Some of the others got killed. Cole and Dr.Railly, they pursued you here.I could stop them. I infiltrated the enemy. Help me. Help me stop them.

Ramse: So that you can save your son? Yes.

Mantis: I have known of your cycle my whole life. Your love for your son is long and storied by The Witness. A child is something I cannot have. My cycle ends here.

Ramse: You have to let me go.

Gale: Truth is, locking you up would be easy. But I don't think this is about the war. Truth is, the first time I saw this guy, I knew there was something out of place.

Cassie: How are you here?

Cole: Get me out of these.

Ramse: Jones sent me. Something wrong with the tether. Thought you guys were in trouble.

Cassie: What are you talking about?

Cole: I need to find the woman who killed Crawford's son.

Cole: Your country thanks you for your service, Shirley. 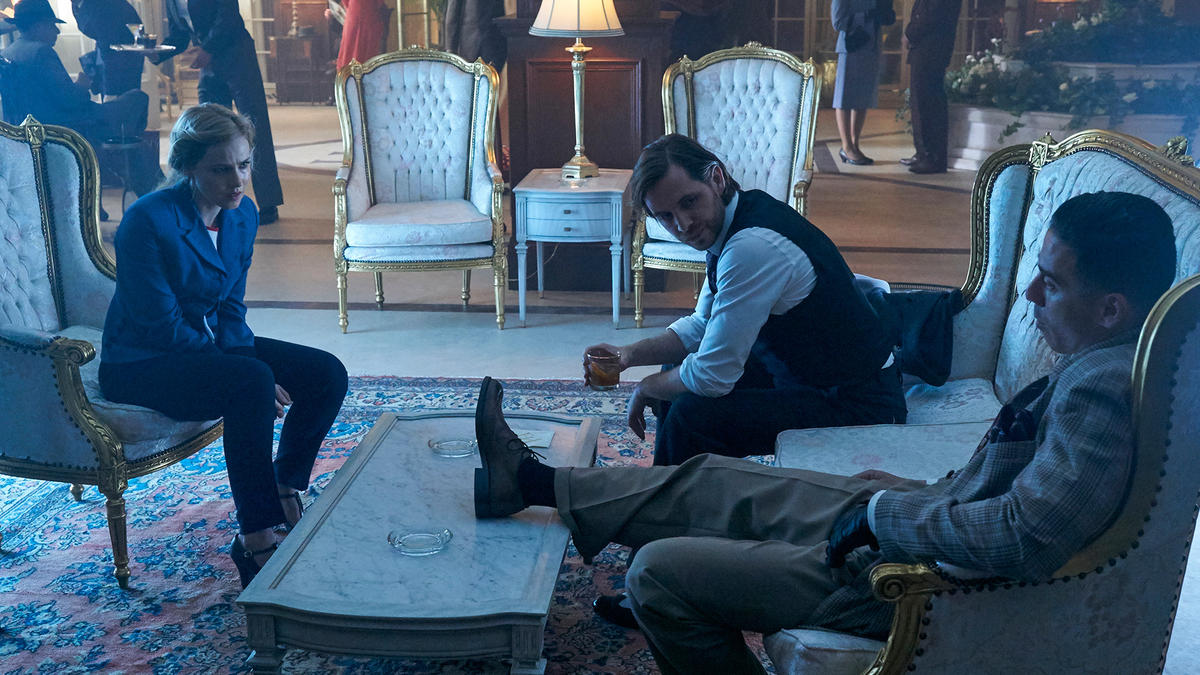 Cassie: So what's Jones' plan for getting us back without a tether?

Ramse: I have to place a classified ad in the paper, give her an exact time, specific location. She then reads it in 2044. She thinks that she could lock onto us that way.

Ramse: It's her plan, not mine, brother.

Cassie: What's in this for you?

Ramse: Just the pure pleasure of saving your life.

Cole: All right. We're not leaving. Not till we figure out what the 12 Monkeys are doing here.

Cassie: We have nothing to go on. That woman was either killed in the paradox or is long gone. We will never find her.

Cole: You want to give up?

Ramse: Your little friend, she's got a severe attitude problem. But she's right this time.

Cassie: Where the hell are you going?

Ramse: Do you want to get home? I gotta place an ad.

Cassie: Then I'm going with you.

Cole: I was just starting to like it here

Eckland: Why are you being such an asshole? How dare you?

Eckland: No, you're not. You're trying to be right, so let's try this instead. Just shut up and listen. Open your mind. You are not just a scientist. You are an explorer. You're pushing boundaries. Inventing the new. You're not just analyzing the old. That's what makes you you, Katarina. Oh, time is cruel. Because of that, you don't know me. But, boy, I know you, and you are lost, and you're scared. But what does the explorer do when they're lost? They go full speed ahead into the unknown.You taught me that.

Ramse: You can hate me. That's fine. What about Cole? I, uh I'm alive because of him.

You know what, Cassie? I could say one thing with absolute certainty.

Cassie: And what's that, Ramse?

Ramse: James Cole is loyal. To a fault. That's a rare thing. He beats himself up for what he turned you into, and you want to hate him for it.

Cassie: I don't hate him. 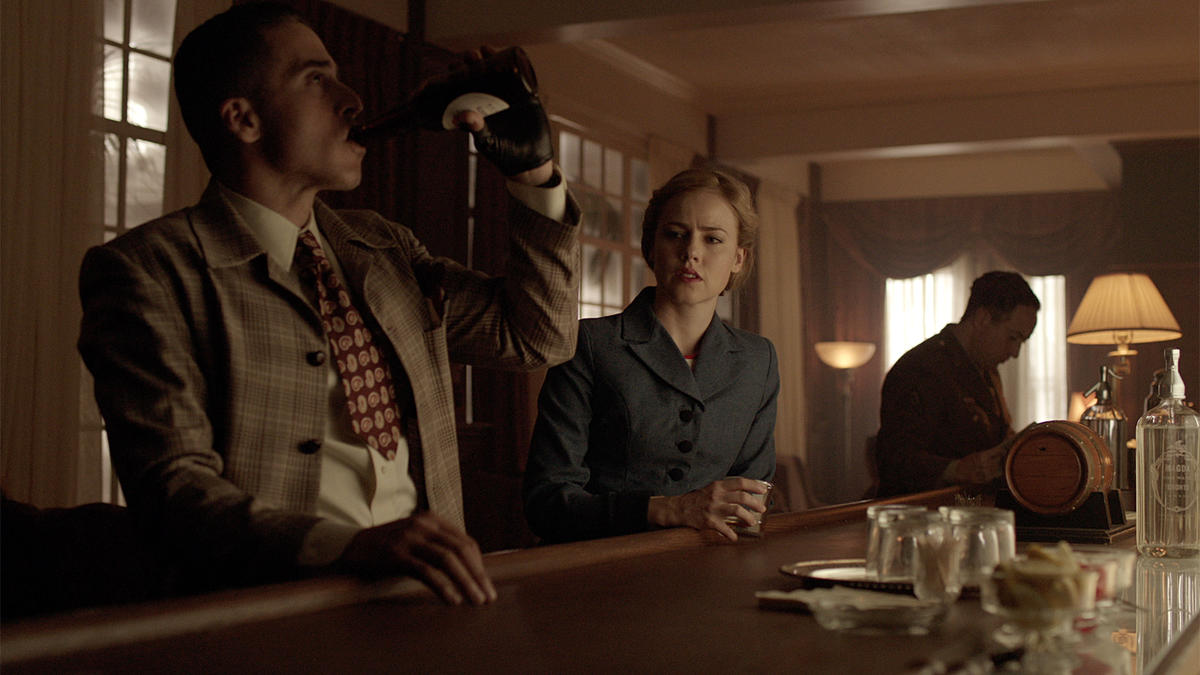 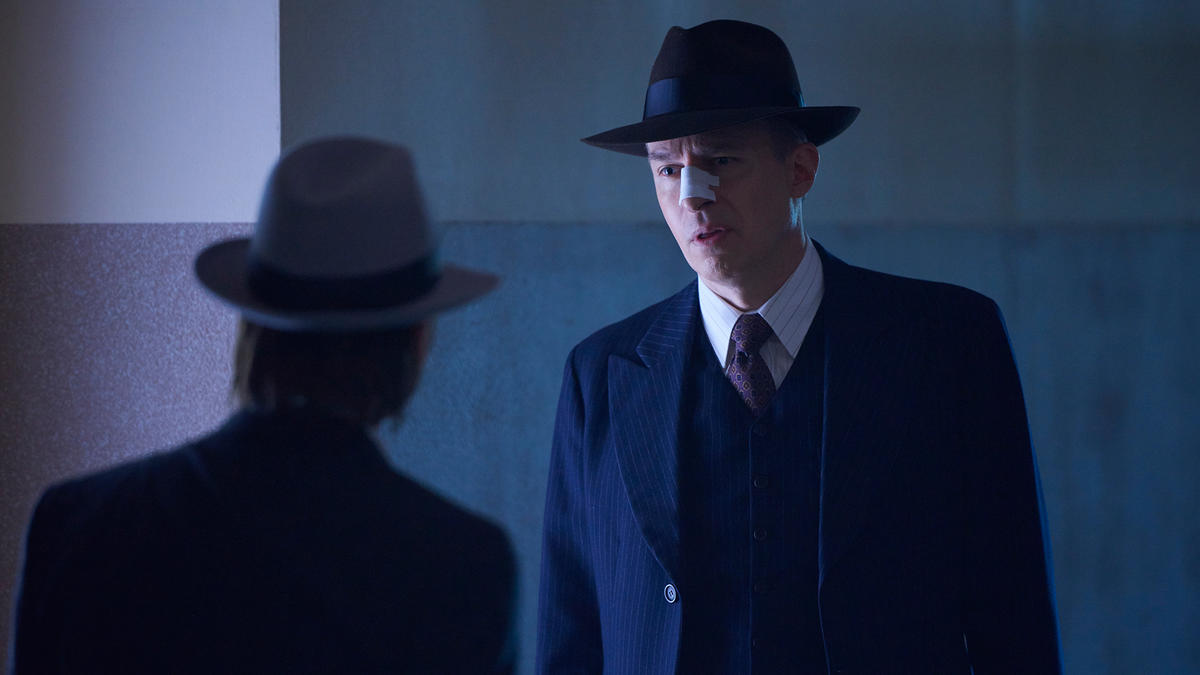 Gale: Wait, wait! I don't think you killed the Crawfords. And you had a chance to take me out before, you didn't.

Cole: What do you want?

Gale: My guy had evidence, he did some digging. That necklace you gave Ms.Thompson? That design doesn't even come out until early next year. And your friend from the motel, Ramse? Doctors here have a lot of questions about his medical conditions. Like why, uh, parts of his body seem to have aged unevenly.

Gale: And there's that bizarre explosion at the asylum. Where the hell are you from, Cole?

Cole: Well, I could answer that. Say it out loud, you'll think I'm crazy, or that you're crazy. But we don't have time for that. I think you're a guy who wants to do the right thing. There was a woman brought in here today. She wants to destroy the world. One day, the people she works for will do that. If I don't find out why, I can't stop them. Let me talk to her.

Gale: Right now, I don't know if you're telling the truth, or I've just read one too many H. 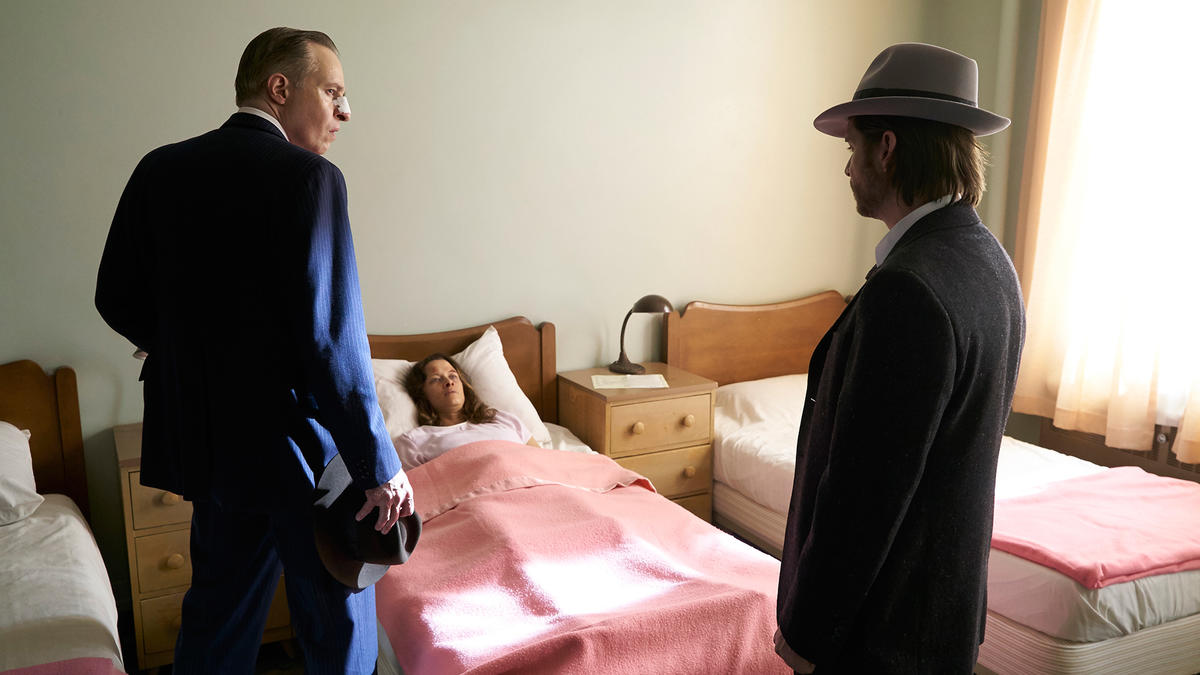 Mantis: James Cole. What I was sent to do is done. They never imagined I'd survive the paradox, but The Father, he made us too well. I spent my whole life preparing to die in 1944. I never thought I'd want to stay, to have a life and a child.

Gale: Why did you kill the Crawfords?

Mantis: You won't understand. But he will. Crawford was primary.

Cole: Why paradox him? What are you trying to do?

Mantis: Stop time's cruel destruction. Unlock the infinite. You'll try and stop it, but you can't. I cannot kill James Cole. The Witness has spoken.

Jennifer: Stay with me.

Jones: Where are we?

Jennifer: Not where, when.Listen. This is the day we woke up. And that smart little monkey wasn't just a monkey anymore. It was human.

Jones: That's not how it works. It didn't happen just in one day. We evolved because we were given time.

Jennifer:Then what happens to time, given time? Evolution. Time and man, we grew up together. We depend on each other.

Jennifer: Time is older than man, and infinite. But in the here and now, we help it think. Time needs us. Some of us more than others. Primaries. Primaries living, breathing gears in time's wristwatch. We keep it moving, steady, in sync. Tick, tock, past, present, future. But now, if someone were to destroy us

Jennifer: Gears break. Time stops working. Collapses. No past. No present. No future.Only now. An infinite now of death and life together. No beginning. No end. All of humanity unborn and destroyed. A memory of tomorrow. 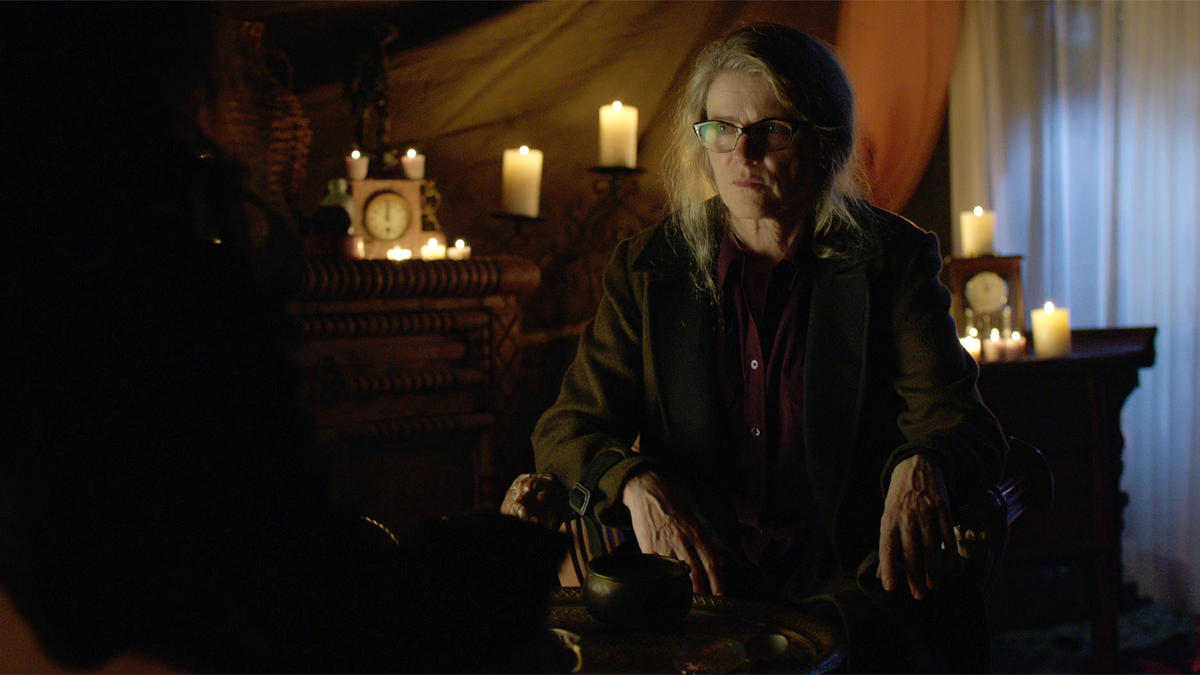 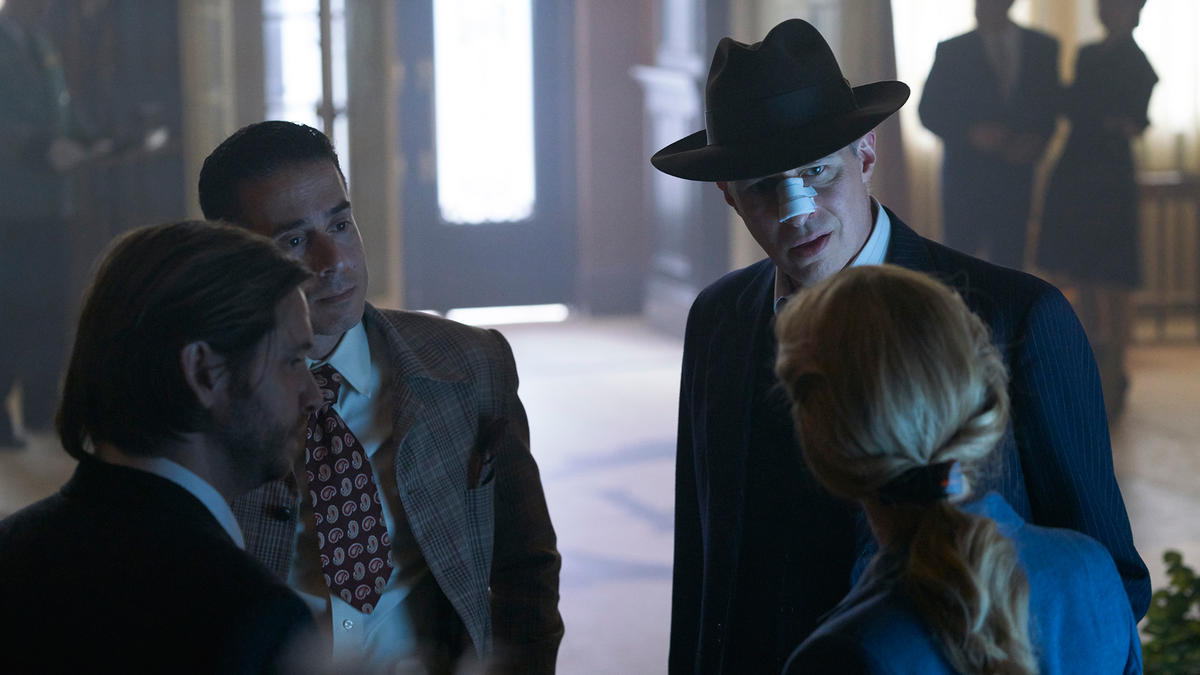 Gale: I'm not sure there's anything I can say to convince my bosses you two didn't kill all those people.

Ramse : That's all right. I'll take the rap for it.

Gale: Be careful. The Bureau has a long memory.

Cole: No FBI where we're from.

Cole: You're gonna want to see this.

Cassie: Yeah, you won't forget it.

Ramse: What are we gonna do now?

Cassie: I'm pretty sure your part in this is over.

Ramse: I don't think you have any say in that, darling. Doc?

Ramse: Don't thank you? You know what? You can go live in hell for all I care. Your mission caused all of this. Your mistakes.

Jones: And you were one of them.

Ramse: You shut up

Jones: The damage that he could I was desperate to save your life, Dr.Railly.

Cassie: I didn't want to go back in the first place.

Jones: To chase the only lead we had? Awfully small-minded of you. 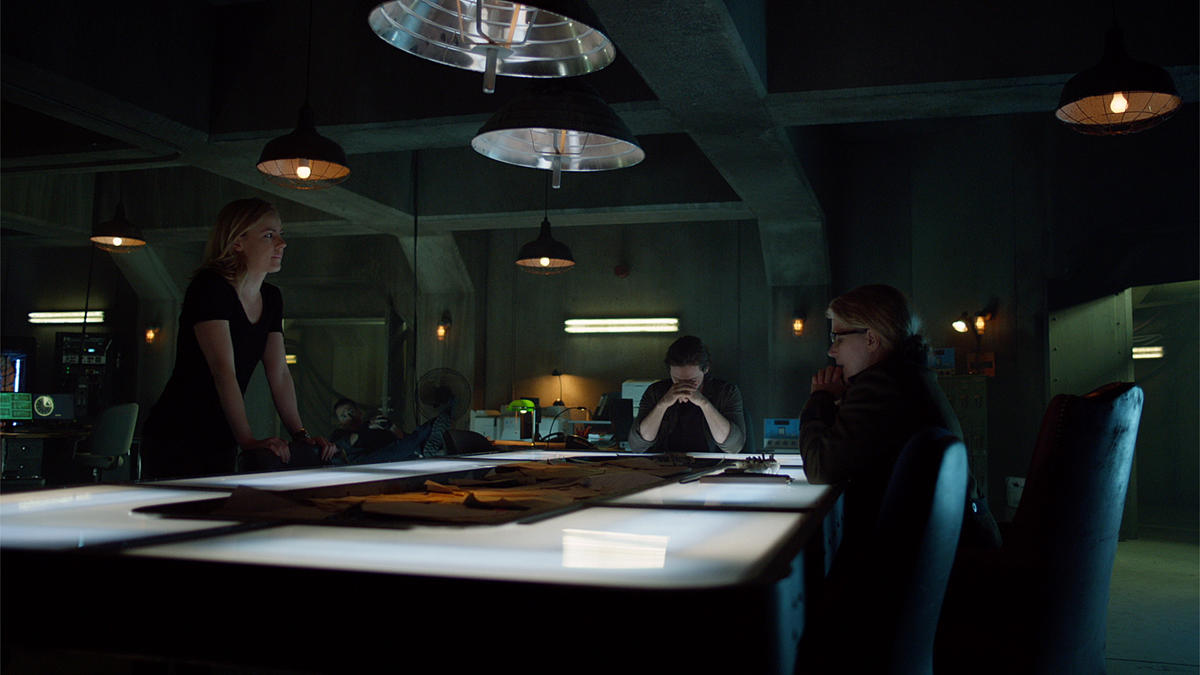 Ramse: You have a problem with me?

Cassie: Yes, Ramse. I have a problem with you.

Ramse: If it wasn't for him

Cassie: Are you seriously asking me

Cassie:  What my problem If it wasn't for him, you wouldn't be here.

Ramse: You wouldn't be alive!

Cole: Enough, enough! Look outside, they already won. We need to come together. The Messengers are destroying time. We need to figure out a way to track them down.

Jones: But there's no way to tell where or when

Cole: We find a way. Just like we always do. Piece by piece. Now, look, not all of us chose to be here. But we're here now. We need to bury the past. It's the only way to save the future.

I Should Not Be Seeing You